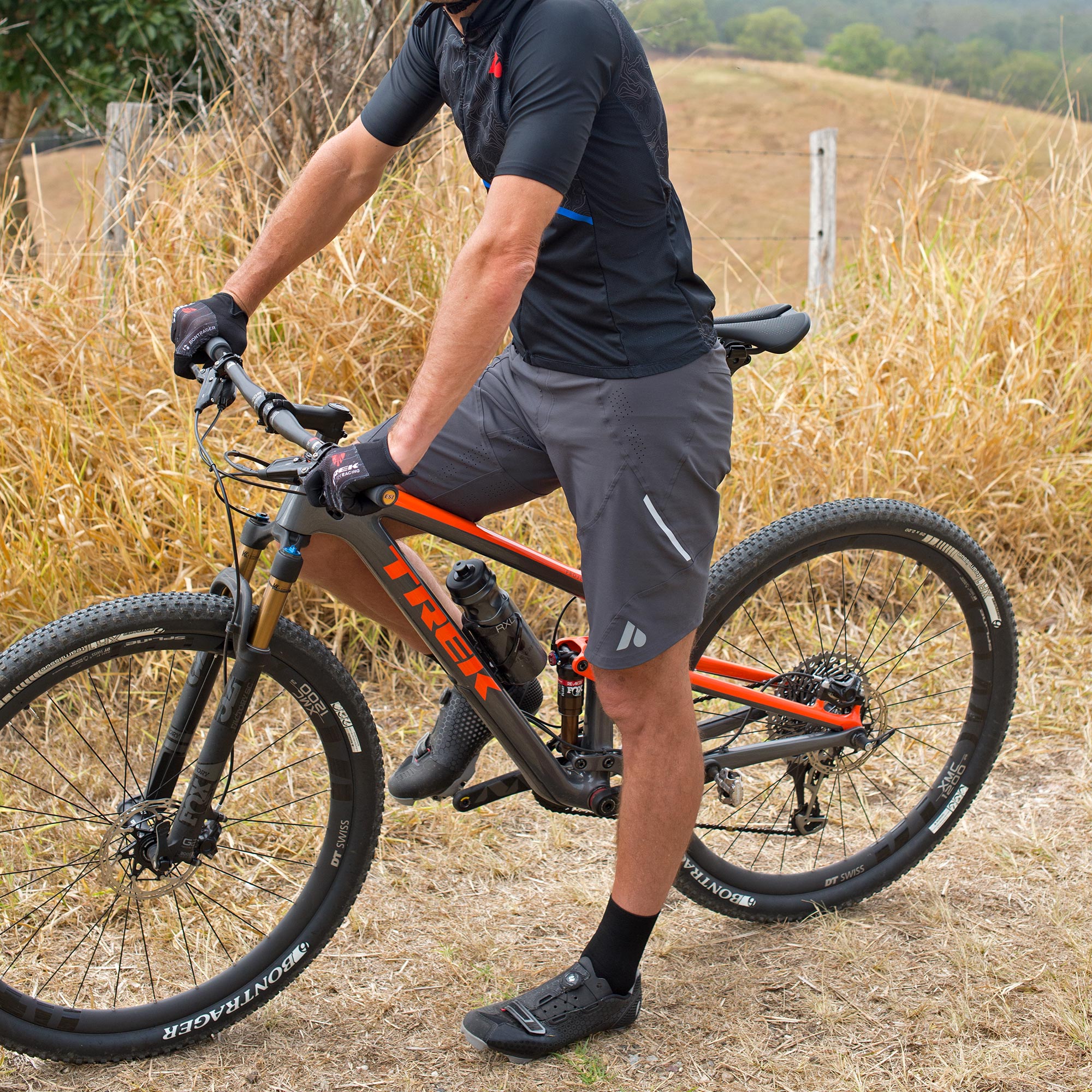 They say first impressions count. So, when I first laid eyes on the Men’s Flint bike shorts from outdoor apparel startup, Aussie Grit Apparel, to say I was impressed was an understatement. Besides boasting a two-in-one set up that has the chamois built into the shorts, these bike shorts also look damn good. But how did they measure up in real life on the trail?

Ask any mountain biker what the most important bit of kit in their wardrobe might be, their mountain bike shorts will sit near to, if not at the top of their list. With our arse being the primary point of contact with the bike, it goes without saying that comfort is something that we should not be compromising on. Nor worrying about. Cue – the two-in-one bike short. 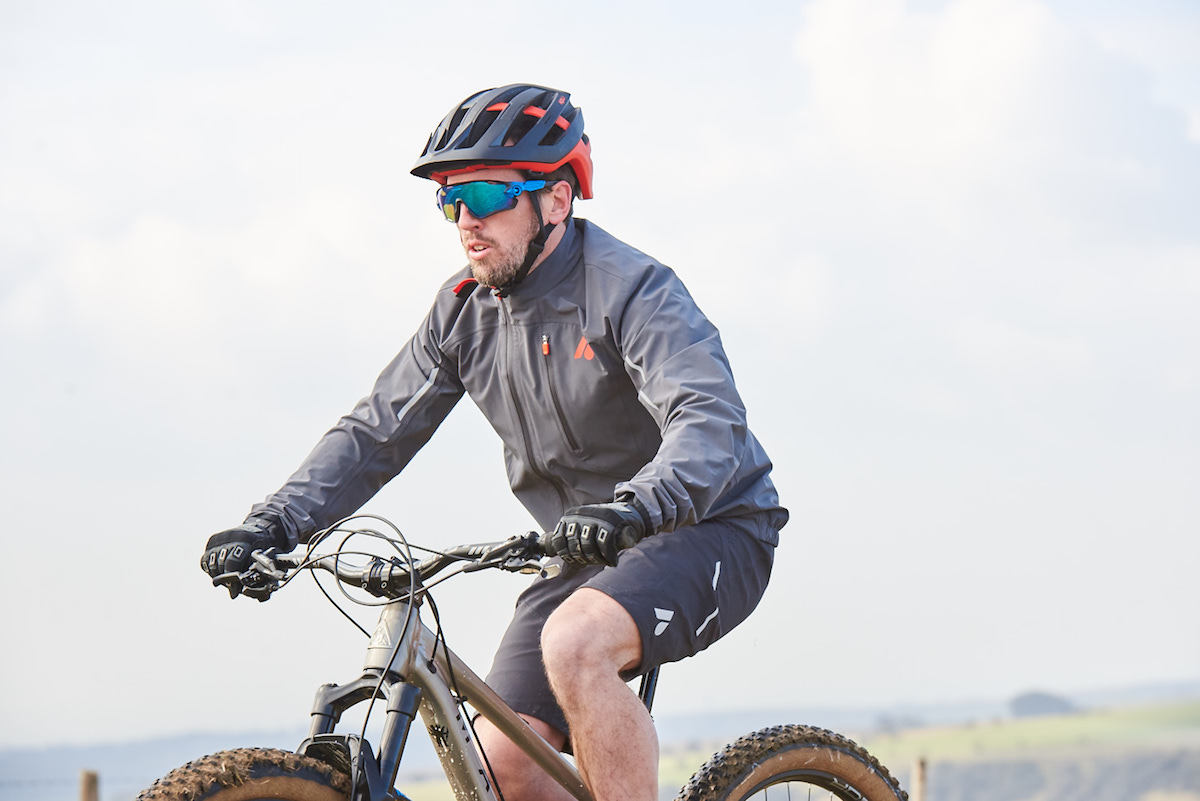 The majority of bike shorts out there tend to be made of two parts – the outer shell and then the liner containing the chamois. The end result of this is that the outer shell can sometimes fall off your hips leaving you with builders arse syndrome. Not cool. Well, this something you don’t have to worry about with the Flint bike shorts, as it’s a two-in-one deal. Design Director Roland Wimbush explains:

‘Our solution was to create an anchor waistband system that connects the two with one layer of fabric one interface and not several – so you don’t have layers rolling over each other, you don’t have the chamois moving independentantly from the outer. It’s all working seamlessly in one complete product.’

In short, this cunning ‘anchor’ waistband that he mentions ensures that 1) your shorts don’t fall down 2) you don’t get this awkward gap around your crotch. Win win! But in my humble opinion, the winning punch is achieved by the high quality Italian made chamois that will give you the confidence on those long rides in the saddle. It’s super soft.  What’s more, thanks to the extra comfy waistband, I don’t get bunching under my middle aged spread! Bonus!

A pocket full of occasions

We live in a digital age, where our telephones are constantly at fingers reach. We also have keys and credit cards to safely store. Something that Aussie Grit Apparel have clearly thought about because they’ve integrated a rather neat pocket into the thigh area, big enough to store a smartphone, but not so big it jumps about! 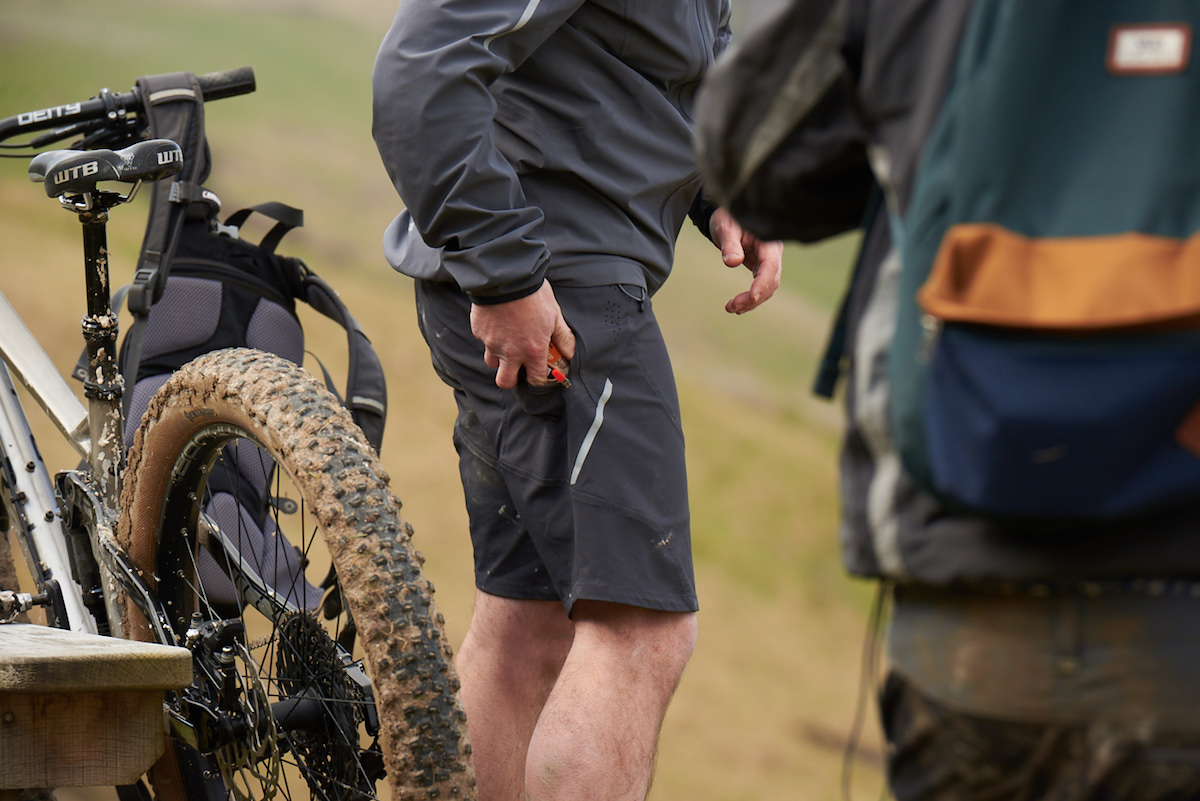 If you’re like me, you’re not always cruising along beautiful groomed single track, but often in a forest, field, on the side of a mountain path and even occasionally fighting your way through the undergrowth. But on all these occasions, the shorts held their own, not snagging once. They’ve got a reinforced section around the chamois where clearly lots of wear and tear takes place. And every stitch is still in place!

You may be thinking, ‘I’m liking the sound of these shorts, but how much is this going to cost me?’ It’s true that the price is going to be the deciding point on any purchase. And in this case, these shorts will set you back £149. To some it may sound a lot. And don’t get me wrong, it’s not a figure to be sniffed at. But when you compare other shorts on the market, add in the extra liner, Flint Bike shorts are competitively priced. And then factor in that these are high quality shorts – ones that you will keep for a life time, they look even more reasonable. 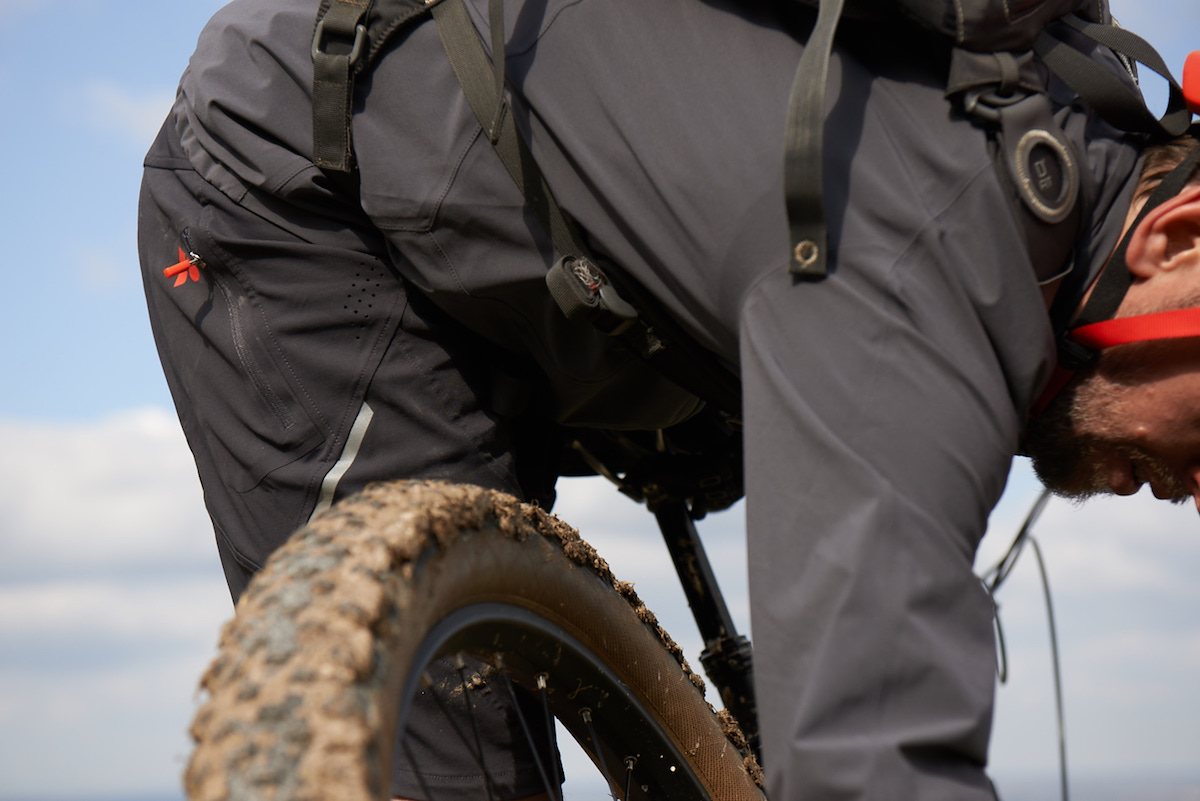 Now, I should declare here that I’m an ambassador for Aussie Grit Apparel, so some might argue that you should take this review with a pinch of salt. But, I’m not here to con you. Au contraire – I wouldn’t have partnered with these guys if they weren’t the real deal, producing kit that is the possible the best I’ve ever come across.

So in summary, go for it. Get these shorts. And if you don’t like them, you’ve always got 30 days from the date of purchase to return them. What’s to lose?