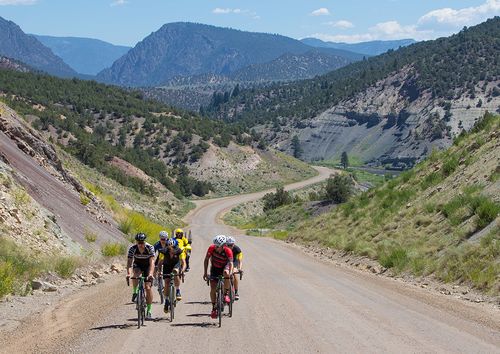 In 2015, OC Sport, the makers of the Haute Route – the highest and toughest amateur cycling challenges on the planet – revealed that they were launching a new event in the Rockies. However, we were held in suspense as to the route, until now, having finally released the host venues for their inaugural 2017 event.  Since we now know where we’ll be staying the night (note the ‘we’ in this sentence), they’ve also released a rather enticing video which shows an alarming amount of gravel. So whilst watching it, take a look below as to what you’ll be letting yourself in for.

Here’s the low down:

7 timed and ranked stages, broken down as follows:

There’s only 600 entries available, and many of those have been snapped up, so it’s fairly likely to be a sold out event.