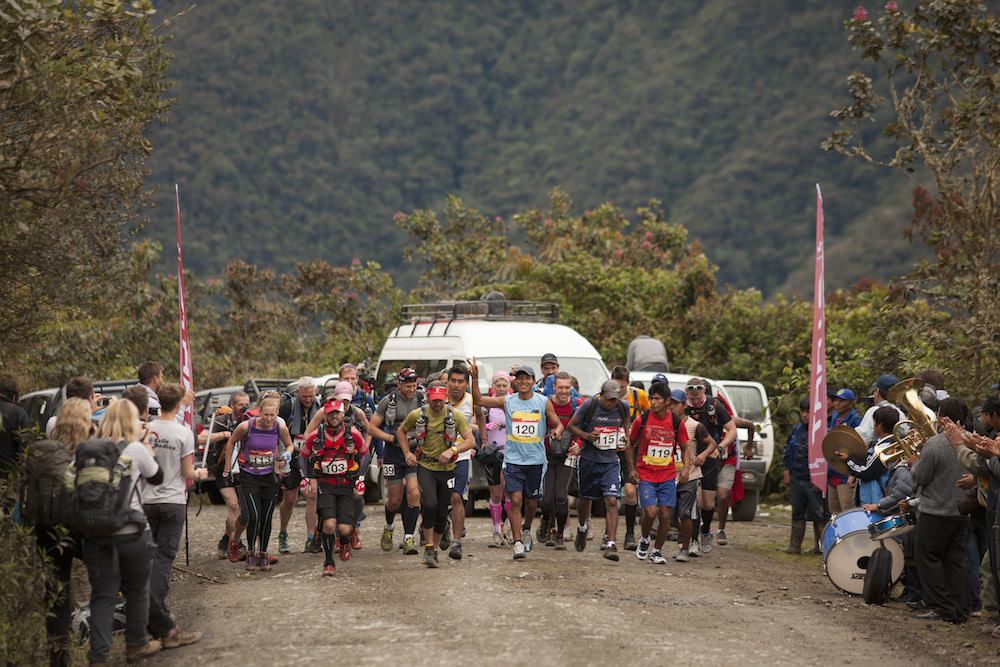 Due to a modicum of genetic good fortune, the ability to run has always come naturally to me.  But as I plodded along the rocky track, 9000ft high in the Andean Cloud Forest of Peru, just breathing was difficult enough, let alone any attempt at trying to run. It was as though someone had cruelly tied my laces together, sneakily stuffed my pack full of bricks and then, for good measure, put a plastic bag over my head.  The truly depressing bit was that, I’d not been ‘running’ for more than five minutes and I still had 235 kms to go. Bloody hell, what had I let myself in for?!

The story of how I arrived in this sweaty pickle, began in late 2011 with a coffee at my local deli. I had come to meet fellow ultra runner Wes Crutcher, the founder of Beyond the Ultimate and the brainchild behind an exciting new race series called The Ultimate Ultras.

They comprise of four hellish sounding multi-stage ultras, each on different continents and, more interestingly, in different climates: The Mountain Ultra, starting 10,000ft up in Crested Butte within the infamous Rockies (now moved to the Himalayas); The Ice Ultra through the ice forests of Sweden; the Desert Ultra in the dry and dusty Namib Desert; and last but not least, the Jungle Ultra in the Amazon jungle of Peru.  To say he had my interest would have been an understatement.

The Jungle Ultra, or if you use it’s more exotic sounding name, the Ultramaraton des Los Andes y la Amazonia, is a six day, five-stage 235km, self-sufficient race through the Jungles of Peru. As well as being the first of the series, it was, maybe more interestingly, the first race that Wes had actually organised.  However, any apprehension that Wes had, was lost on us as 17 international competitors from 8 countries made their way to the ancient city of Cusco.

Getting to the start line was an endurance challenge in itself.  Three separate flights to Madrid, Lima and finally Cusco, before a five hour nerve-wracking and vomit inducing but truly stunning bus trip into the Manu National Park.  It felt as though we were heading into Jurassic Park.

Fast forward 230kms of some of the most spectacular scenery you’ll ever lay eyes on, I arrive at the finish, in 2nd place. Chuffed to be alive and in one piece – this is one race I’ll never forget.

I wrote about the race for Men’s Fitness, which you can see here. But to get a snippet of what it’s like, check out the photos below.

You can watch the latest Jungle Ultra trailer below: