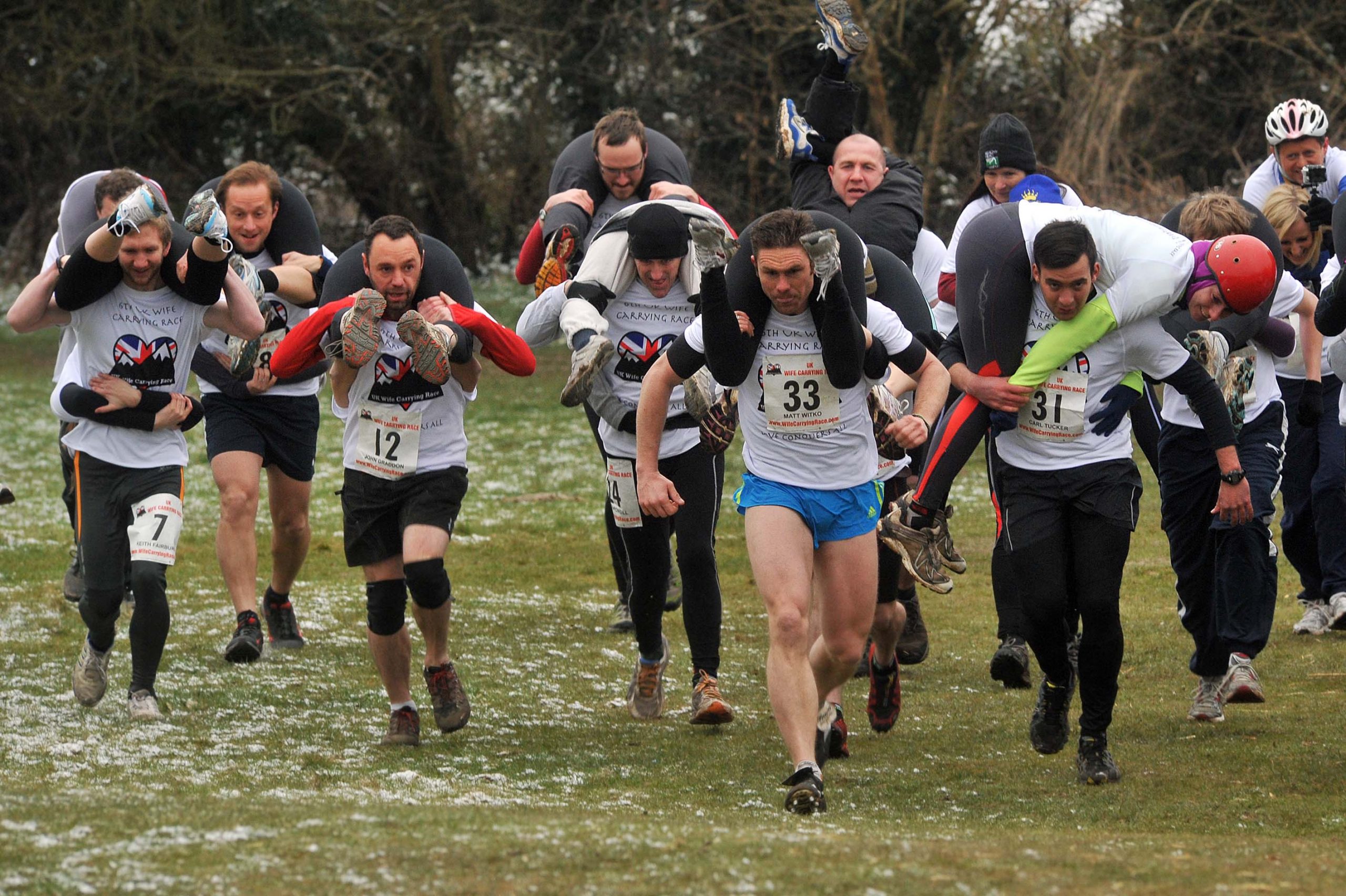 The Joys of Wife Carrying

[stag_intro]When I heard about the UK Wife Carrying Championships, I decided this was the perfect event to do with my now wife, Zayne. However, it turned out that I wasn’t quite as nimble over the hay bails as I’d like to have been. Moreover, it might well only be 360m, it’s a lot more difficult than it looks. I wrote a piece for Metro newspaper about it, which made the front page.[/stag_intro]

How to Carry your Wife

Wife carrying is something of an art. The accepted method is the ‘Estonian Hold’ which you can see from the photos below. There is of course the fireman’s carry – but this can get quite exhausting. Plus, it’s handy to be able to use your hands if you need to. The somewhat controversial method is the ‘Reverse Estonian Hold’ which involves having her face in your crotch and vice a versa. Not necessarily the most efficient method either, but in the year I did the race with Zayne, there was a £100 prize up for grabs for the first couple to cross the line using the method. Suffice to say, the uptake was zero.

If you turn out to be quite good at wife carrying, then you might want to go to the World Wife Carrying Championships in Finland, where the best of the best gather.

However, with this being something of a national sport in Finland, the competition is fierce. You’ll ideally want to be closer to 80kg with your wife as close to the 50kg minimum.

You can read my original article in Metro and watch the footage from BBC breakfast duo, Mike Bushell and Steph McGovern, who did a role reversal. They came last and therefore won the coveted Pot Noodle award. Bravo to them! 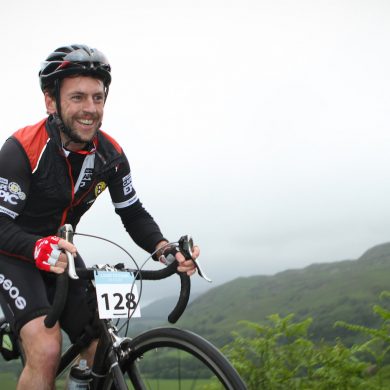 Coast to Coast in a Day